The moral and strategic disaster of the Russian leader’s war in Ukraine has ended his imperial dreams. Putin’s goal from the outset has been to restore Russia as a great power—a member of the global board of directors, so to speak. Ukraine’s defeat and subjugation were essential to reestablish Russian domination of its neighborhood and the ability to project power farther West. But, far from being a master strategist, Putin has accomplished the exact opposite of what he set out to achieve with his invasion of Ukraine, and hasn’t learned any lessons from the mistakes that doomed this strategy in the first place.

By Angela Stent, a nonresident senior fellow at the Brookings Institution

Faced with Ukraine’s successful recent counteroffensive in the country’s east and south, as well as a growing chorus of hawks in the Russian state media criticizing Russia’s military failures, Russian President Vladimir Putin has raised the stakes. He has ordered the mobilization of 300,000 additional troops and implied that he would use nuclear weapons if the West continued to support Ukraine. After sham referendums in four Russian-occupied regions, Putin has signed a decree to annex them to Russia. Now, Ukraine’s counteroffensives there will be deemed an attack on Russia itself and subject to escalatory retaliation. These actions underscore the miscalculations behind Putin’s decision to invade in February and determination to remove Ukrainian President Volodymyr Zelensky from power. Seven months after the start of the invasion, Putin hasn’t learned any lessons from the mistakes that doomed it in the first place.

In the invasion’s immediate aftermath, it was clear that Putin had made four major miscalculations. The first miscalculation was the overestimation of the Russian military’s strength and effectiveness. No doubt, those in his immediate circle would only tell him what he wanted to hear. Putin apparently had been led to believe that the war would be over after a 72-hour blitzkrieg, Kyiv would fall, and Zelensky would surrender or flee and be replaced by a puppet government controlled by Russia. 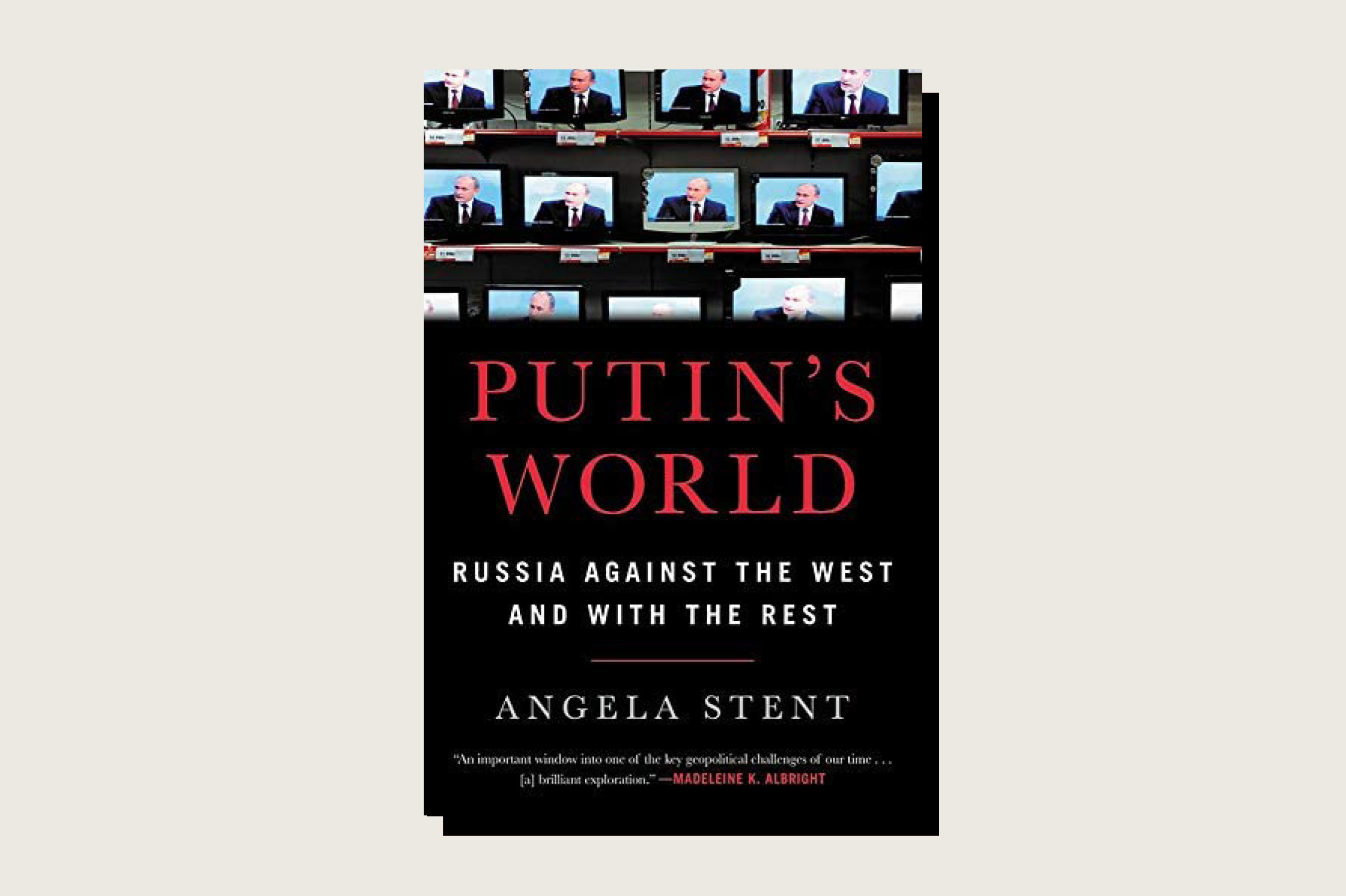 This article is adapted from the newly updated e-book edition of Putin’s World: Russia Against the West and With the Rest by Angela Stent (Twelve, 448 pp., .99, originally published February 2019, updated September 2022).

Russian officers were reported to have carried with them ceremonial uniforms to be worn during the expected victory parade. But the Russian military performed much worse than Putin (and apparently the U.S. intelligence agencies) expected. It was unable to take Kyiv and had to make a humiliating retreat, leaving devastation in its wake, with atrocities committed in Bucha, a suburb of Kyiv, and other areas nearby. Many of the young Russian recruits were so badly prepared for the conflict that they did not even know they were invading Ukraine, and Russian morale was low. Tanks and other military equipment were in need of repair, logistics were haphazard, and the invading army did not bring enough fuel or food to sustain it for a longer war. The corruption that pervades all aspects of Russian society was also rife in the military. Money that should have gone to training and equipment lined people’s pockets instead.

The second major miscalculation was underestimating the Ukrainian people and military. Apparently Putin was misinformed about Ukrainians’ sense of national identity and will to fight. If he expected Ukrainians to greet their Russian “liberators” with flowers, he made a grave error. Russia’s annexation of Crimea and launch of the war in the Donbas in 2014 fostered a Ukrainian national identity that Putin failed to grasp. Once the invasion was underway, the United States offered to evacuate Zelensky from Kyiv, but he responded, “I don’t need a ride, I need more ammunition.” It seems the Russians were unable to find anyone who would form a pro-Russian government, and the FSB unit in charge of finding collaborators in Ukraine was subsequently severely disciplined, with rumors of high-level arrests.

Zelensky, the comedian-turned-president whose approval rating hovered around 30 percent before the war, surprised the world by rising to the occasion and providing charismatic and inspiring leadership, leading some to liken him to Britain’s wartime prime minister, Winston Churchill. Zelensky proved extremely effective at using social media to communicate nightly with his own population and the outside world. Although the Ukrainian army had fewer troops than Russia’s and less sophisticated military hardware, its morale was high. It was fighting for a cause: national survival. It had support from the West, particularly the United States, whose weapons and intelligence enabled Ukraine to push the Russians back, and from the Europeans. Moscow’s unprovoked aggression united Ukrainians as never before—and that includes Russian-speaking Ukrainians, especially as Russian brutality escalated.

It is difficult to see how Putin will be able to reverse Russia’s fortunes in this senseless war—but so far, he appears to have no intention of ending it.

Putin’s third miscalculation was that the West was divided and would not make common cause against Russia. When Russia had invaded Georgia in 2008 and recognized the independence of Russian-occupied South Ossetia and Abkhazia, the West had barely reacted. During the Trump administration, U.S.-European relations had sunk to a new low. Europe was split over how to deal with Russia, with Western Europe far more willing to engage than the more skeptical Central European and Baltic countries. All that changed on Feb. 24. The specter of a major war of aggression in Europe—77 years after the end of World War II—shocked most Europeans into reconsidering their ties to Russia and concluding they had misread Putin. The Biden administration worked assiduously to unite its European and Indo-Pacific allies to support Ukraine and punish Russia. Allied unity following the invasion has been impressive.

Indeed, Putin’s fourth miscalculation was his belief that the Europeans were so invested in their economic ties to Russia—especially their energy dependency—that they would not be willing to impose sanctions. In 2014, after the annexation of Crimea and the beginning of the Donbas war, the United States and Europe had imposed financial sanctions that Russia easily weathered. Its imposition of countersanctions on European food imports even stimulated the development of Russia’s agricultural sector.

Putin’s goal from the outset has been to restore Russia as a great power—a member of the global board of directors, so to speak. Ukraine’s defeat and subjugation was essential to reestablish Russian domination of its neighborhood and ability to project power farther West. If Russia prevailed over Ukraine, it would recreate a substantial part of imperial Russia—a Slavic Union with Ukraine, Belarus, and possibly northern Kazakhstan—and then be in a position to force a redefinition of Europe’s security architecture.

Russia’s invasion of Ukraine and Putin’s obsession with historical Russian claims and grievances raise a far-reaching question: Is Russia the exception to the rule that all empires eventually disintegrate, with the imperial power moving on and accepting a post-imperial role? After all, that is what the Ottomans, Austria-Hungary, Germany, Great Britain, and France did in the 20th century. In celebrating Russia’s exceptionalism, Putin and his followers insisted that Russkiy mir—the greater Russian world—was perpetual and must be restored. When the Soviet Union collapsed, the new Russia embarked on three transitions: from a communist to a post-communist state, from a state-controlled to a market economy, and from an imperial to a post-imperial state. All three transitions subsequently stalled and went into reverse. Russia was no longer a communist state, but it was an authoritarian state, as was the Soviet Union. Today, the state has recaptured much of the private sector. And under Putin, Russia has no intention of being post-imperial.

Seven months into the war, Putin’s imperial project is foundering. Ukrainian national identity is stronger than ever, and Ukrainians are united against Russia in a way they have never been. The West is more united than it has been for a decade; Finland and Sweden, which adamantly preserved their neutral status during the Cold War, have applied to join NATO; and Ukraine is now a candidate for membership in the European Union. Moreover, the United States announced it would permanently station troops in Poland at the Madrid NATO summit in June. Russia’s economy is deglobalizing and becoming cut off from the rest of the world. A new diaspora of perhaps half a million Russians have fled to the West or other post-Soviet states, taking their energies and intellectual capital with them and hoping to return once Putin is no longer in power.

Far from being a master strategist, Putin has accomplished the exact opposite of what he set out to achieve with his invasion of Ukraine. The mishandled mobilization, renewed nuclear threats against the West, and the apparent sabotage of the two Nord Stream pipelines have only reinforced Western unity. Doubts about Russia’s capabilities are now emerging in parts of the global south, which has so far remained neutral in the conflict. It is difficult to see how Putin will be able to reverse Russia’s fortunes in this senseless war—but so far, he appears to have no intention of ending it.